December 05, 2021
I can hardly believe it myself, after just over one year of ownership of my Royal Enfield Himalayan, it has been sold to make room for another bike in the garage.  I am going back to a BMW R1200GS, although this time the newer liquid cooled version with Non-ESA suspension as this lowers the hieght so that I can just about touch the ground. I will also be selling my RNineT Scrambler so that I just have one bike to do it all. Fair well my Himi, thanks for the memories. You are going to a good new owner who I am sure will look after you well.
Post a Comment
Read more 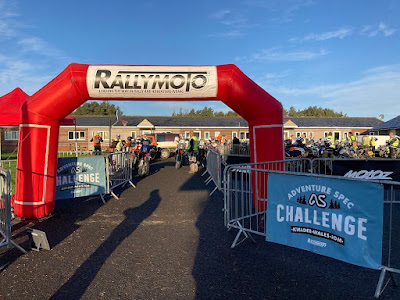 I was super excited to have gotten a cancelation space on the Kielder 500 Rally.  My name was down on a reserve list and when Burt from RallyMoto contacted me to say he had a cancellation and that he would be shortly making one space avaialble on the web bookin, all worked stopped and I looged into the website poised to pounce on this wonderful opportunity. Just minutes later I had secured my space on the rally coming up in a few weeks time. I last rode the Kielder 500 Rally in 2019 on my GS 1200, however this time it was going to be on my Himalayan, and I knew after the Wales 500 back in early August, that it was going to perform brilliantly. Although I had secured my place in the event itself, there was no rooms available so I had to put my name down for pitching my tent in the campground. Normally I wouldn't mind, but I knew it could be cold and after a tiring event, a warm and comfy bed would have been my preference. I asked them at Brown Riggs to let me know if they get a last
Post a Comment
Read more 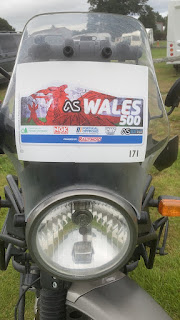 It has been a while since I took part in any Rally events, party due to the global pandemic amongst other reasons, but I was excited to be doing it again, and the first time doing a rally with the Himalayan as previously I had used my GS 1200. However, withing half an hour of getting my tent setup, I realised a problem that could cause me some bother as I had left the keys to unlock the sat nav bracket at home in another jacket. Upon close inspection I realised that I need to cut the lock and I could see that there was enough space to get a junior hacksaw blade in between to just cut off the brass pin stopping me from releasing the sat nav. Unfortunately, I asked several people but no one had a junior hacksaw with them. It was whilst talking to Geoff that he said maybe there is a hardware store in the village. With a quick look on Google he confirmed there was, made a quick call to check they had what we need and took me down to the store where I purchased a nice junior hacksaw to do
Post a Comment
Read more 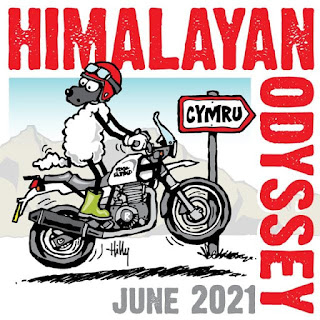 I was so excited about actually getting out on the bike and setting up my tent in Wales at the Himalayan Odyssey event organised by Nathan Millward. Having got my bike and gear ready, the bike was loaded and looked as keen as I was to go.   I was going to take a nice steady ride going the day before so that I could rest the night in a Travelodge and arrive the next morning with enough energy for the off-road riding of day one. Upon my arrival at the Sweetlamb site in Wales, there was already several people there with their tents already setup. But the first day was not actually starting until midday so there was no rush and it doesn't take me long to get my tent all setup anyway. We got split up into smaller groups and each group was assigned an instructor plus someone to be at the rear of the group as a sweeper. The training started off with instructions on using the brakes better to deal with the slippery grassy slopes and loose shale paths. The training also covered othe
Post a Comment
Read more
More posts